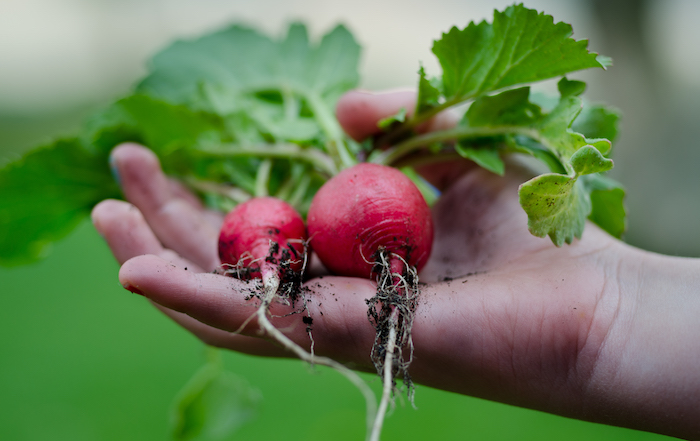 How does the quality of your drinking water effect your health? We can best illustrate this point with a simple experiment. Plants. Let’s say you have two tomato plants of the exact same age and height and plant them in pots on your patio. One plant is given tap water exclusively and the other distilled water exclusively.

As the plants grow, you will notice that the plant that is provided with only distilled water will grow faster, taller and be more fruitful. How can this be? Well, like the arteries and veins within our bodies, plants use their root systems to draw nutrients and moisture needed to flourish. Nutrients come from the surrounding soil and by providing that plant with a known water, you are ensuring that there are no dissolved solids or herbicides that can cause harm to the plant or hinder it’s natural processes. The distilled water keeps the roots open like a straw which allows the plant to draw in more nutrients more easily than the plant given tap water. The plant that is given tap water exclusively will take longer to grow and in all likelihood produce less fruit. This is because the quality of tap water is inconsistent.

Tap water can also contain industrial by-products, chlorine, fluoride, pesticides / herbicides, biological contaminants (viruses / bacteria), prescription medications, hormones, arsenic and lead along with other chemicals that have been added as “disinfectants” to treat the water for consumption.

Just like the pipes in your house, your arteries and veins (as well as vital organs) will, over time, become clogged with dissolved solids from your drinking water. Dissolved solids include not only the list above of contaminants but inorganic minerals as well. Inorganic minerals are those found in the ground that cannot be processed by the human body. Such as, iron, magnesium, calcium and salt. Think of an iron nail representing inorganic iron. A person could suck on that nail like a lollipop from now until the end of time and not receive any beneficial iron whatsoever. The iron, magnesium, calcium and salts that we CAN utilize come from vegetables like broccoli, spinach, corn, beans and even tomatoes.

The only living thing on earth that can utilize these inorganic minerals and convert them into organic minerals are the plants that we just discussed above. We then in turn need to eat the plants or the animals that have eaten the plants in order to receive the benefits of those vitamins and minerals.

Companies that are trying to convince you that you NEED the minerals in water to maintain overall good health are relying on the fact that consumers are uneducated about water or simply are willing to believe what they see in a flashy ad campaign.

Consuming plants (fruits, vegetables, nuts, beans, seeds and whole grains) and pure quality drinking water is what keeps us healthy. If we consume inorganic minerals, our bodies will reject them and they will settle and deposit on our joints, in our circulatory system, and our vital organs; including the heart and the brain. As this plaque builds up, it puts more strain on those systems to function properly and can lead to serious health problems. New research studies are showing that dissolved inorganic solids deposited in brain tissues may be a link to Alzheimer’s. We all know the devastating effects of hardening of the arteries and heart disease. These deposits also cause arthritis, glaucoma, bone / joint degeneration and have even been linked to kidney, liver and thyroid disease as well as kidney/ gall stones. We actually have the highest rate of bladder cancer (per capita) in all the United States right here in the stateline area.

Start today to bring pure drinking water into your life and the lives of your loved ones to help prevent unnecessary illness. Take a hint from our friends the plants and drink to your good health! 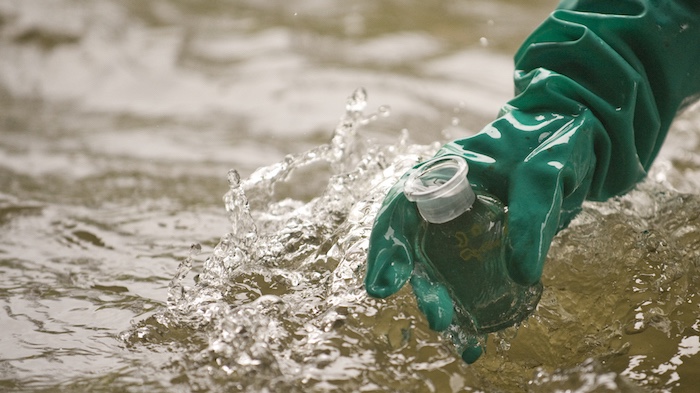 Rock River 10th Most Polluted in the U.S.

Report: Rock River 10th Most Polluted in the U.S.

For the year 2010, according to an Environment America report released March 22, the Rock River ranks as the 10th most polluted river in the country, up from 12th in a 2008 report.

Not all of Wisconsin and Illinois need to totally despair; this literally flows as a good / bad news story.

Bad news: 3,370,392 pounds of toxic discharges dumped in Rock River. Good news: one beef processing plant near the mouth of the river is asserted to make all but 80,602 pounds of the total, only 3 percent comes from up river.

“The Rock River Valley Association is very concerned with the continued dterioration of the water quality of the Lower Rock River,” said Riel. “The latest report by Environment America has mved the Lower Rock from the 12th to the 10th most polluted river in the United States. Clearly, for those who live, fish and boat on the Rock River, this is significant. For years, the Rock River has been a neglected river at the state and federal level; hopefully, this report will bring attention to its plight.”

Tyson Fresh Meats, Inc., in Joslin, Ill., about 26 miles upriver from the Mississippi, is report by Environment America as being responsible for 97 percent, or 3,290,330 pounds, of the toxic discharges. Yet, Tyson spokesman Gary Mickelson told the Quad Cities Dispatch that the company was compliant with the Clean Water Act, returning permitte water to the river, and the EPA data states it is “not sufficient to calculate risk to either humans or the environment.”

Shelley Vinyard, Clean Water advocate with Environment America, told the Rock River Times; “We analyzed the TRI data that is self-reported by the industries to the EPA. We didn’t look at if people were in compliance with their permits or not. The Clean Water Act was enacted in 1972 with the goal of cleaning up our waters by 1985. This pollution is linked to cancer and developmental disabilities. Our waterways are overloaded with pollution.”

Vinyard said she would gather more specifics about the data from the Rock River and forward it to The Rock River Times. 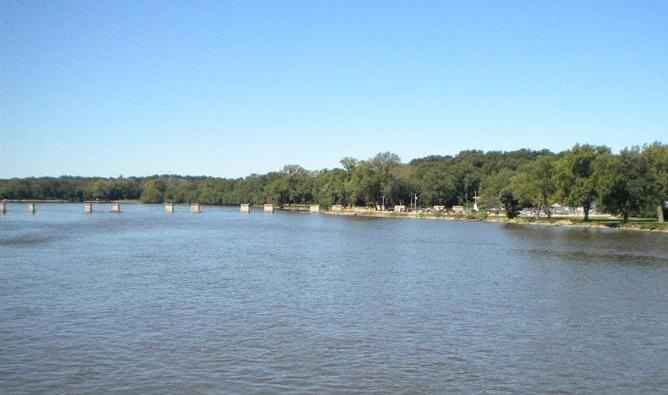 The Rock River is the dumping ground for more toxic chemicals from industry than all bu one river in the state, but the main source of its pollution come nearly 100 miles downriver from here. According to a new report from Environment Illinois released today, about 3 million pounds of toxic chemicals were released into the Rock River in 2007. The biggest source of the pollution is Tyson Fresh Meats in Hillsdale, just outside the Quad Cities. It released all but 918 pounds of the Rock River’s pollution from Illinois, according to the report.

Upstream from Rockford, the biggest polluters are the Alto Dairy Cooperative in Waupun, Wis. The facility released about 690,000 pounds of pollution into the river in 2007.

Max Muller, program director for Environment Illinois, said the data show companies use Illinois’ waterways as trash cans for their toxic chemicals. “there are common-sense steps that should be taken to turn the tide against toxic pollution of our waters,” said Muller. “Wee need clean water now, and we need the state and federal governments to act to protect our health and out environment.”

The group is advocating three measures to improve Illinois waterways: the reduction of industrial discharge into waterways by switching from hazardous chemicals to safer alternatives; tougher permitting limits and enforcement from the Environmental Protection Agency (EPA); and adoption of the Clean Water Act to all waterways, including headwaters and small streams, which fall into a gray area of enforcement.

Although the Rock has high levels of chemical discharge, the waterways through the Rockford region are relatively clean, said Chuck Cowley, water pollution regional manager for the Illinois EPA. “It’s important information for people to know, but it’s certainly not an indication that there’s some sort of hazard,” he said. “the Rock River, Kishwaukee River and its tributaries support a very good fish population. That would not necessary follow if there’s something wrong with the Rock River. Just like any water body, there’s always room for improvement.”

Environment Illinois’ report uses data from the Environmental Protection Agency’s Toxic Release Inventory, which requires industrial facilities to release information about their discharges of a specific set of toxic chemicals. In 2007, the year examined in the Environment Illinois report, those facilities reported the release of 244 toxic chemicals or classes of pollution into American waterways, totaling 232 million pounds. Five Winnebago County companies reported toxic discharges into the Rock River, collectively accounting for 802 pounds of discharge. The largest source of pollution was the now-defunct Sonoco Products in Rockton, which released 750 pounds of nitrate compounds and about 8.75 pounds of lead.

The EPA does not require some polluters, including waste water-treatment plants and some agriculture facilities, to report their findings to the Toxic Release Inventory. Also, the data do not include all chemical discharges, just those from a specific set of chemicals. 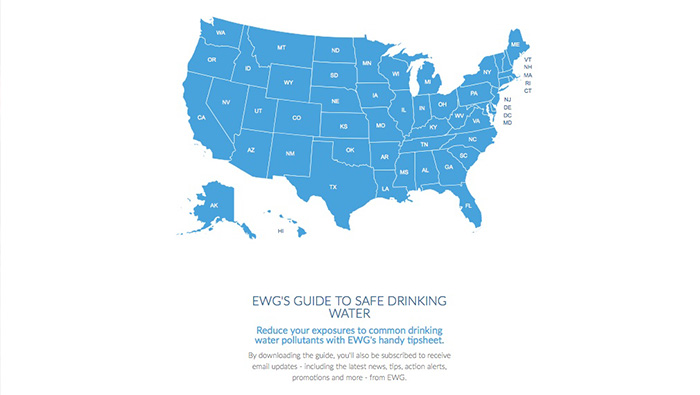 EWG Water Quality in All 50 States

July 31st, 2017 and August 25th, 2017 respectively; 97 WZOK and Q98.5 radio stations posted articles (blog posts) regarding dangerous chemicals that are in our public water supply. The articles contained information obtained by the EWG (Envrionmental Working Group). The reports listed on the EWG website are a matter of public record and contain valuable information about the true quality of our public drinking water. The EWG website even has a Water Database where you can input your zip code and see a list of the toxins found in public water systems in your area. The EWG collected datea from state agencies and the EPA (Environmental Protection Agency) for drinking water tests conducted from 2010 to 2015 by 48,712 water utilites in 50 states. All told, the utilites, which had the opportunity to review the data for accuracy, tested for
500 different contaminants and found 267.

One of the points made by the EWG on their website, is that the levels of contaminants found, in many cases, are within acceptable parameters consistent with EPA guidelines however, they are concerned about what can happen to citizens over time. While some of the levels of contaminants may be acceptable for healthy adults; those levels could cause developmental issues in children, serious health issues including miscarriage in women who are pregnant, problems for women who are nursing and serious health issues in the elderly and people that already have current health
Problems.

Here in Machesney Park the following contaminants detected above health guidelines are: 1,4-Dioxane, Arsenic,
Bromodichloromethane, Chloroform, Radiological contaminants, Trichloroacetic acid and Total trihalomethanes (TTHMs) all of which have been shown to cause cancer. Many of the contaminants of concern are not regulated by EPA guidelines.