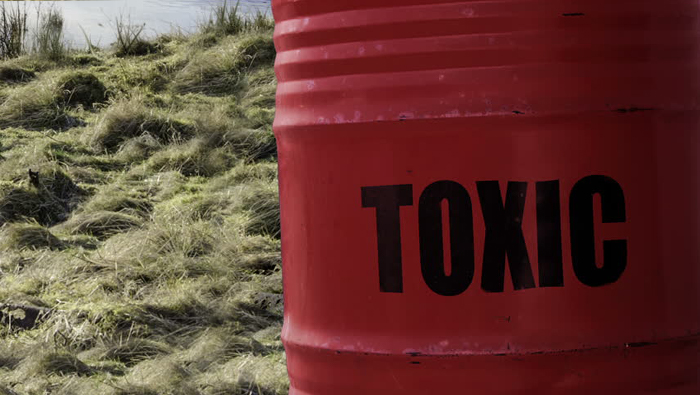 TCE in the local news.

Reports in the Rockford Register Star

In 1987, news articles began appearing in the Rockford Register Star Newspaper and other local publications about contamination of groundwater and private water wells in the Rock River Valley area. Most disturbing were the number of articles pertaining to children being diagnosed with Leukemia and other diseases. In addition, an article was published stating that we have one of the highest rates of bladder cancer in the United States right here in the state-line! Two pollutants mentioned in particular in these articles were Trichloroethylene (TCE) and Tetrachlorooethylene [aka Perchloroethylene] (PERC); both known to cause cancer in laboratory animals.

Most disturbing were the number of articles pertaining to children being diagnosed with Leukemia and other diseases.

TCE is a solvent used as a degreaser in the manufacturing industry and PERC most commonly used in textile manufacturing and Dry cleaning. These chemicals can cause liver and kidney damage and have been proved to cause cancer, coma and even death In laboratory animal studies. It has not been proven however, what effects these chemicals have on humans as no studies have yet been conducted. Both chemicals were found in high concentrations in water tests conducted in Roscoe by the Winnebago County Health Dept.

One resident at that time was asked to have his well tested in order to re-finance his mortgage. The results of the test were staggering.  Acceptable levels established by the EPA (Environmental Protection Agency) are at 5 ppb (parts per billion – the equivalent of 1 drop per 15,000 gallons of water).  24 wells in the area were tested immediately because the levels on the first sample were questionable.  In total, levels of TCE ranged from 12 ppb to 75 ppb. The EPA (Environmental Protection Agency) states that exposure to water contaminated with TCE “for an extended period of time may pose elevated health risks of adverse chronic health issues”.

For these reasons, Dr. Stillwater Company was founded to provide people in our local community the ability to have access to a known – clean drinking water as well as to educate the public about water quality in our area and why clean water is so important. Dr. Stillwater Company wanted to ensure that we would produce a premium quality product here at our facility in Machesney Park, IL that everyone would be able to afford. We believe that our process of steam distillation in conjunction with Carbon filtration is the best possible way to remove any contaminants or inorganic compounds that may be harmful to human health. Creating a known water is important. The consistent quality of water using this process assures our customers that they are providing their families with the purest drinking water available on the market today. We are locally owned and operated so you can count on us for friendly service. No contracts, no minimums to purchase and you can cancel at any time without penalty.