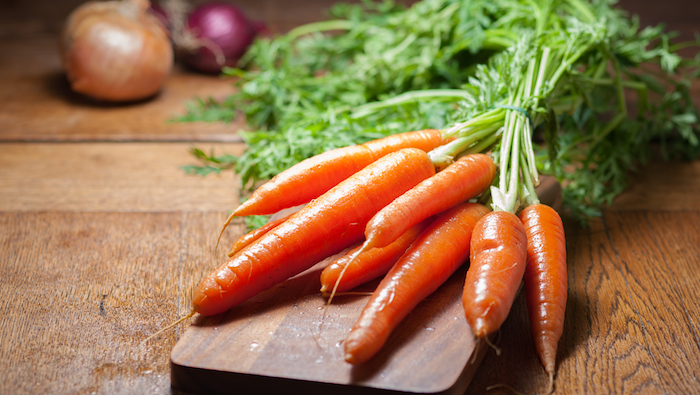 Sustainable Table on the Issue of Water Quality

Industrial agriculture is among the leading causes of water pollution in the United States today. In the 2000 National Water Quality inventory conducted by the EPA, agricultural activity was identified as a source of pollution for 48% of stream and river water and for 41% of lake water.

Water pollution from industrial farms not only damages the environment and kills wildlife, but it can also sicken and kill people. And since these farms exercise little restraint when it comes to water usage, they tend to waste large quantities of water, even when neighboring communities are experiencing water shortages. Because small, sustainable farms are more integrated with their surrounding communities, they pay closer attention to the ways that they use water and how their practices affect local water supplies.

Most water pollution from industrial farms results from the storage and disposal of animal waste. Industrial livestock farms store manure and other farm wastes in gigantic tanks known as “lagoons” which can hold millions of gallons of manure and urine. Unfortunately, these lagoons often leak and – during large storms – they may rupture or simply overflow. When this happens, the environmental damage can be devastating. Leaking lagoons also release antibiotic residues and harmful bacteria that can leach into water supplies.

In order to dispose of manure after it’s been stored in lagoons, industrial farms spray the waste onto farm fields as fertilizer. Unfortunately, these farms produce far more waste than can be applied to fields, and once the saturation point has been reached, the waste runs off into nearby water systems. The most common form of water pollution in the U.S. is excess levels of nitrogen or phosphorous, both of which are largely caused by fertilizer runoff. When manure is spread on fields as a fertilizer, it can also introduce some of the more toxic substances present in livestock excretions, such as pharmaceuticals or bacteria. Water pollution from manure as well as synthetic fertilizers can lead to serious environmental damage and harm human health.

Agricultural water pollution can have a variety of negative effects. Not only do substantial environmental problems result, but many of the pollutants produced by farms (minerals, chemicals and pathogens, to name a few) can make water unsafe for human consumption.  Case in Point: Fish Kills. By polluting the nation’s waterways, a single factory farm has the ability to negatively affect whole regions, as was the case when manure spilled from a ruptured tank on a 3,000-head dairy farm in upstate New York in August 2005. Three million gallons of cow manure poured into the Black River, polluting an area one-fourth the size of the Exxon Valdez spill. The New York State Department of Environmental Conservation cited the farm for numerous environmental and permit violations, and estimated that this spill killed around 200,000 to 250,000 fish.

Nutrients, such as nitrogen and phosphorous, are the minerals in fertilizer that promote plant growth. But due to the over-fertilization of cropland, far more nitrogen and phosphorous are applied to fields than are removed by crops. Excess nutrients in water cause harmful plant growth – commonly referred to as “algal bloom”, which can cause fish kills. Nitrogen can also degrade ecosystems by making water more acidic and killing some aquatic plants while promoting the growth of other kinds of plants. Case in Point: Nitrogen and Dead Zones.  Excess nutrients in bodies of water can contribute to the excessive growth of plant life, a process known as “eutrophication,” which, in turn, can make water “hypoxic,” or low in oxygen. The effects of eutrophication can be vast. According to the USDA, “as much as 15% of the nitrogen fertilizer applied to cropland in the Mississippi River Basin makes its way to the Gulf of Mexico.” This pollution is one of the leading causes of the so-called Gulf “Dead Zone”, an oxygen-deprived area as large as 8,000 square miles – almost the size of New Jersey – in which no fish can survive.

Livestock manure is high in ammonia concentrations, and dissolved ammonia in water is not only highly toxic to fish, but can also be converted to dangerous nitrates. Elevated nitrate levels in drinking water are highly poisonous to humans, causing potentially fatal oxygen levels in babies (known as blue-baby syndrome), spontaneous abortions and possibly cancer. In a sample of wells surveyed by the US Geological Survey from 1993 to 2000, 2% of public supply and 9% of the domestic wells more common in rural areas were found to have nitrate concentrations high than the EPA’s maximum allowable level. The EPA estimates that about 1.3 million households in counties with industrial livestock facilities get their water from wells with dangerously high nitrate levels.

Manure contains a high level of pathogens (disease-causing microorganisms). When the waste is applied to fields, those pathogens can be transferred to local water supplies during a run off from either irrigation or rainfall. The impact of pathogens from manure is severe according to the Centers for Disease Control (CDC), in every waterborne disease outbreak in the United States from 1986 to 1998 where the pathogen could be identified, it most likely originated in livestock.

Some other waterborne microorganisms do not originate on farms, but develop as a result of eutrophication caused by high nutrient levels. Pfiesteria piscicda, for example, thrives in many areas were algal blooms grow, and causes lesions in fish and large-scale fish kills. It can also cause a range of symptoms in humans, including respiratory and eye irritation, gastrointestinal problems, fatigue, as well as skin problems and cognitive symptoms such as memory loss and confusion.

Antibiotics and artificial growth hormones are commonly used on industrial farms, either injected directly into the livestock or added to their feed. Large amounts of both substances end up being excreted by animals and can thus pollute water along with everything else in livestock waste. Some hormones can remain functional in manure up to 270 days after excretion, and there have been many documented cases of hormones discovered miles downstream of farms. Although it is unclear whether these hormone concentrations can be high enough to affect humans, they have been shown to compromise the reproductive processes of fish.

An estimated 75% of all antibiotics administered to livestock are excreted, and for certain common antibiotics that figure can be as high as 90%. The overuse of antibiotics for livestock contributes to the development of antimicrobial-resistant bacteria, and some studies suggest that growth of these resistant bacteria may be promoted in waterways with high levels of antibiotics. Numerous studies have demonstrated that waterways are a prominent means of transmitting these dangerous types of bacteria to humans.

Some heavy metals, such as copper and zinc, are essential nutrients for animal growth – especially for cattle, swine and poultry. However, such elements are often present in animal feed in concentrations far higher than necessary for animal health, along with other heavy metals such as chromium, lead, arsenic and cadmium. Farm animals excrete excess heavy metals in their manure – which in turn gets spread as fertilizer, leading to soil and water pollution. The health hazards resulting from exposure to heavy metals in water include kidney problems from cadmium, nervous system disorders, kidney problems and headaches from lead; and both cardiovascular and nervous system problems from arsenic, which is also known to cause cancer.

Many salts are also present in large quantities in manure, including sodium, calcium, magnesium, potassium, chloride, sulfate, bicarbonate, carbonate and nitrate. When introduced to the environment, these salts increase the salinity of waterways, leading to changes in aquatic ecosystems and making water brackish, and therefore unfit for drinking.

In addition to the biodegradable organic matter naturally present in manure, animal bedding, wanted feed, soil, dust, hair and feathers are often mixed with manure in storage and can end up on waterways. The decomposition of organic matter can cause increased levels of bacteria, which in turn reduces oxygen levels in water and kills fish. This decomposition can also negatively affect the color, taste and smell of water.

Although much of the water used in the U.S. is obtained from surface water sources, many families continue to use wells to draw water from the ground. In fact, groundwater is the source of drinking water for 46% of the U.S. population and for 99% of the population living in rural areas. While public drinking water systems are regulated by the EPA, private drinking water wells are not regulated, and are not required to meet EPA clean water standards. Furthermore, unlike public water systems, private wells aren’t required to undergo routine testing by experts. As a result, families that rely upon private drinking water wells are especially vulnerable to the harmful effects of water pollution from factory farms. Un U.S. counties that have industrial farms, approximately 13.5 million household depend on domestic drinking water wells.

Agriculture uses a staggering amount of water on an annual basis. In 2000, 41% of all freshwater used by humans in the United States was used for agriculture. Perhaps even more notable is that agriculture accounted for more than 80% of U.S. “consumption use” of water – that share of water which is not returned quickly to the environment.

Water overuse is particularly a problem on industrial farms that do not tailor their farming practices on a case by case basis. For example, a dairy that uses an automatic “flushing” system to clean out its animal houses uses an average of 150 gallons of water per cow per da, compared to an average of 5-10 gallons used by farms that monitor the water use in order to conserve it. Not only does water overuse hurt the environment, it’s also expensive. One estimate from the USDA concludes that increasing water use efficiency on irrigated farms by just 10% could save almost $200 million per year solely due to the associated savings in fuel costs.