How we captured the process of purification from nature.
Home » Education » Distillation vs Hydrologic Cycle

Water in Nature – Our world is covered by 70% water. Of that water only 2.5% is fresh water, the rest is saline and ocean based. Of the Fresh water available, only 1% is easily accessible, with much of our fresh water trapped in glaciers and snowfields. Therefore, it is very important that the freshwater we have available for drinking is pure. We need to take steps to ensure that our families have clean, safe water for drinking.

Here at Dr. Stillwater Company, we believe that Steam Distillation is by far the best possible method to purify water. The same principles set forth by mother nature in the Hydrologic Cycle can easily be copied consistently in your very own home for just pennies a day. 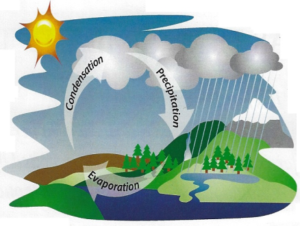 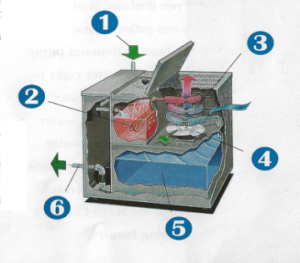 To educate our community about water quality in the hope that they will one day purchase a home distillation unit so that our services will no longer be required.

He's the best physician who knows the worthlessness of medicine.
-Benjamin Franklin